Having been passionate about food from an early age, Ian’s interest in food and nutrition was piqued when diagnosed with coeliac disease when he was in his late twenties. Ian went on to give up a successful career in investment to study nutrition at the Institute for Optimum Nutrition, graduating in 1999.

He founded The Food Doctor, along with fellow nutrition therapist Vicki Edgson, in the same year, a nutritional consultancy that fast became perhaps the best known practice in London and included the best-selling range of healthy foods.

Ian has worked with over 4000 clients and conducted some 6000 private consultations, in addition to conducting seminars, workshops and lectures. Ian was closely involved in every aspect of The Food Doctor food range, and has worked extensively with food manufacturers and retailers alike until his departure from the brand in January 2012.

Ian is also a prolific writer and has published 11 books on the subject of nutrition, many of which have become best sellers and have been translated into 10 languages. He is a regular contributor to the national press, radio and television, currently including;

Ian is at home on radio and screen as well, with his own series on The Discovery Health channel, weekly appearances on Channel 4’s Richard and Judy and is a regular guest on BBC Breakfast and factual programmes. 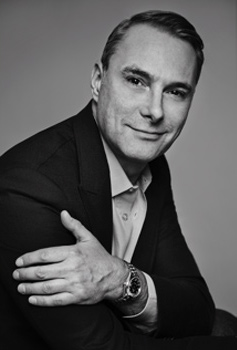